The Challenge is set up in two leagues (US and UK) corresponding to the Sponsors of this event. It was intended that the US league has US citizens and companies and the UK team will have UK citizens and companies. Anyone can join either league. There is no rule to stop teams from competing in either league and the teams will be able to play “cross league” in the 5 July 2021 “friendly” competition.

The SSAI Capture the Flag will make use of the Multi-Agent Simulation Suite (MASS), developed for Air Force Research Lab (AFRL) for this event by Georgia Tech Research Institute (GTRI). It builds on GTRI’s established Scrimmage simulator, but it is refined for ease of use and integration with autonomous AI agents. The challenge is to build autonomous agents to control a small swarm of simulated drones and compete head-to-head against other agents to “Capture the Flag” of the opposing team. When a flag is captured and returned to the capturing team’s home zone, they win. 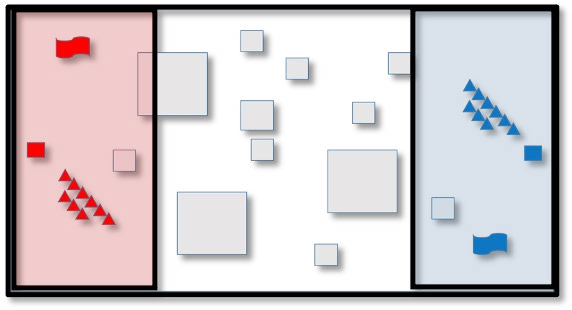 Teams will be given several platforms, of different types each with different capabilities. Some will have more effective sensors for searching, one will be capable of carrying the flag, whilst others may have an offensive or defensive capability to interact with the opponent and the maximum speed will vary across your swarm.

At the start of each game, teams will know the position of their own drones and their own flag, but nothing about the wider landscape or the opponent – your swarms must be used to build that picture. The scenarios have been carefully designed to ensure realistic conditions and complex behaviors are needed to win. AI agents will need to learn when to use speed versus stealth, when to attack versus defend, and to remember recent events to adapt their strategies accordingly. Collaboration across the swarm will be critical – using the right types of drone in the most appropriate roles and sharing information and tasks across the swarm.

For the early stages of the competition, teams will be given “friendly” matches to learn how their agents react to the other players' agents. Each team’s agent will be run 5 times against each opponent to determine their score (3-2) as wins-losses and then against 3-5 other opponents (15-25 individual matches). Each team will be provided their score against each opponent and given the “runtime video” of their worst competition to help improve their agent. Teams should expect much more sophisticated opponents as the competition continues, so it is best to check your team’s performance during each “friendly” match window. The AI agents will need to be resilient and adaptable, and able to continue to perform in the face of disruption, uncertainty and failure. In the final competition, the agent will be run against numerous other competing agents to determine each teams “seed” for the final single elimination tournament.

Installation period opens. Teams will have access to Beta version of Git repository and documentation to start loading the game on their computers. This time is for teams to familiarize themselves with the game.

Final competition software released. Final competition software released. Teams start building their AI agents and can upload agents for the first Friendly Learning League Play. Note that development can continue right up until final submission (19 July), and submission for the Friendly Learning League Play isn’t mandatory but is offered as a valuable opportunities to get early feedback on your agent’s performance.”

Teams can submit their agents to be run against other teams’ agents for learning purposes. Each team will be provided the results of their matches and the “game film” of their worst-scoring matchup to help them improve their agents.

These results will populate a match results board viewable by all that will show the wins losses of the matchups and a link to the “game video” for each team. The leaderboard will update every week. The competition Judges will post the leaderboard as soon as possible after the submission deadline (we assume this may be a little longer the first week, but it's expected to be within 2 days).

Second opportunity to test your agents against 5 other competitors.

Third opportunity to test your agents against 5 other competitors.

Teams can submit their agents to be run against 3-5 other agents from the other league (US – UK leagues). This will be the only time that teams can see how they stack up against the other leagues’ agents. The leaderboard will be updated with that week's matchups.

Fourth opportunity to test your agents against 5 other competitors.

Monday 19 Jul 2021, 7am EDT – final submission for seeding for the tournament showcase.

Teams will submit their final autonomy code along with a brief writeup of their methods, answering specific questions about their approach.

The Judges will run the entered agents against as many teams as time permits to determine the rankings for the final showdown. Each team will be run against at least 20 other teams in a full round robin. The top ranking teams from each league will be invited to the final showcase event.

The Showcase Event will be a single-elimination tournament. There will be two brackets (one from the US and one from the UK), with seeds determined by the results from 19 July 2021 submissions. Spectators can watch games in breakout rooms, and in-between talks will be given by invited AI experts. The final showcase agenda will be posted on this website by 19 July 2021. The final game will be between the winner of the US bracket and the winner of the UK bracket. Participants in this competition will be featured at the AFA’s 2021 Air, Space & Cyber Conference and on the Air Force Research Lab's Lab Life podcast and social media profiles. 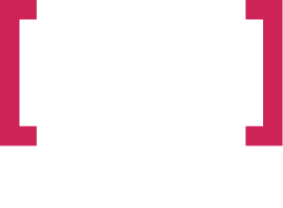 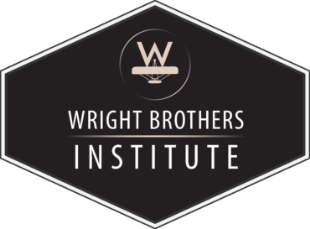